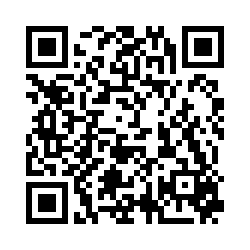 Are you brave enough to play no gravity? you’ll need steady nerves and a strong heart to fly around dangerous obstacles, face hostile environments and use deadly weapons to accomplish your missions and protect your people.in a distant future, spread across thousands of colonies, the empire is under attack from a mysterious, unknown sickness that is affecting people’s minds

So far, you’ve been able to remain healthy but you don’t know for how much longer.as one of the few survivors of this bewildering plague, it’s up to you to seek out and destroy the enemy that unleashed this madness

If you don’t, there remains no hope for your planet or your people

Are you prepared to tackle 31 missions and destroy the heinous foe?this is not a job for wimps

No gravity is fast-paced and full of action

You’ll need to draw on your deepest level of calm bravado to succeed in these dangerous missions.when you’re ready, choose your character and one of six customizable ships

Each one is equipped with an impressive array of weapons, so you’ll have plenty of tools at hand for the job

Whether you need lasers or ion blasters, everything is there to help you win the war against your hostile enemy.once in your ship, you’ll fly through space, skimming over six different worlds, moving along underground craters and through massive asteroids fields

You need to keep your wits about you or it’s game over before you’ve accomplished your mission.you’re not alone out there, though

Allied ships will accompany you through the hostile space stations, help you destroy enemy bases and clear mine fields

As the mysteries of the surrounding space unfold, be prepared to unleash your firepower on anything that gets in your way

You must be unstoppable in order to save your people.it’s not all hard work

Along the way, you’ll have plenty of entertainment

There are massive explosions, an assortment of ships and weapons, 2 difficulty modes and you can even take on your missions in the first or third person views.did you do well on your mission? great, now you can reap the rewards of success

Go ahead and unlock your achievements section to grab your bonus new ship paint, artwork or something else that strikes your fancy.have a look at some of the features you get when you download no gravity:

• select from 5 characters and 5 space ships

• each ship available in 4 different colors

• 2 difficulty modes to test your skills

• high definition, 3d engine optimized for the mac with metal.

• immersive audio with openal multichannel and asa extension supportare you still here? hurry up and download no gravity now! your people and your destiny await you

Are you tired of the whole flappy craze?we are too! now it is time to kill that annoying bird once and for all!!!flappy has finally stopped flapping his wings and he has landed on the head of a snow monster.you are armed with a bow an arrow

Shoot flappy till kill him and advance to the next level

You get one point for completing each level.each level will get harder and... Read More [+]

No escape is an easy tap-to-escape game for hours of addictive non-stop fun! achieve best time again and again! you are your own worst enemy! there's no escape from yourself! download and have fun now!...

No escape is an easy tap-to-escape game for hours of addictive non-stop fun! achieve best time again and again! you are your own worst enemy! there's no escape from yourself! download and have fun now!...

No One Crash - Classic Zigzag

No one crash is a very classic zigzag game, we develop the original one way game for casual play

Once master it, you can challenge the higher 2 ways or 3 ways

For human 2 and 3 is still playable

For superman, we provide 4 and 5 ways let you demo your power.if you are completely mad, you can play 6 ways...

No More Ants - squash them all

..to beat the highscore you have to kill as many ants as possible by squashing them with your fingers before the timer runs out

How many can you squash?features:- leaderboard- various achievements- many blood and splatter effects- 2 game-modes (time trial and splatter mania)- fun ;-)get it now! you won’t regret it!...

In "no bubble shoot", you have to avoid the bubbles

The main player is a "star"

Do not touch the bubbles

Earn points while crossing the bubbles

On tapping the screen, the star falls down

The game is interesting while you have to make strategy on each step, how to cross the bubbles.there is a golden egg, which appears randomly, it gives 100... Read More [+]

Do you like to dodge between narrow canyons with a fast x-plane racer?no limit racer allows you to fly through an endless abstract world of obstacles.collect credits each race and buy new planes for your ride.features- futuristic 3d environment- endless game style- lots of different space vehicles to choose- superb electro music- free to play...

No Limit Race To Sun

Lots of fun is waiting for you

Download for free now!! race to sun-3d is a very exciting and fun race game that improves your moving, swiping, and dodging skills and increase concentration

Are you brave enough to play no gravity? you’ll need steady nerves and a strong heart to fly around dangerous obstacles, face hostile environments and use deadly weapons to accomplish your missions and protect your people.in a distant future, spread across thousands of colonies, the empire is under attack from a mysterious, unknown sickness that is affecting people’s minds