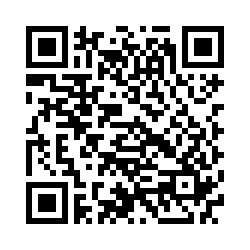 **real boxing is available for **free** for a limited time download the game now!**touch arcade – “it’s called real boxing for a very good reason, and it lives up to its name impeccably well.” 4.5/5ign - “real boxing is an unreal engine-powered beauty”148 apps - "real boxing offers a console quality boxing experience

With the full power of the almighty unreal engine, painstaking detail is packed into every punch, letting you feel the full force of every jab, hook and uppercut given and received

Real boxing is also equipped to handle a wide range of controllers, with an overhauled control system to combine with the astonishingly sharp visuals and bring you the ultimate in immersive fighting simulations

Download real boxing today!astonishing 3d graphics and soundreal boxing harnesses the immense power of the unreal engine to bring you the best sound and visuals on the mac app store

See the pain in your opponent’s face as you land a heavy blow and the destruction your punches cause as detailed bruising appears, perfectly mapped to the power and position of the punch that caused it

Then rewind for that all-important, multi-angle action replay.deep, immersive gameplaythe single player mode has more than 30 fights and three title belts to conquer, with multiple training options to bring your fighter up to scratch

Combined with a huge variety of customisation options, becoming your own boxer has never been easier

Single screen action multiplayerpractised enough in the extensive single player career and training modes? then take on a friend via the multiplayer for hundreds of hours worth of gameplay

With support for a wide range of most popular controllers you can battle it out with ease on the same system and create your own prize fight.packed with extra features and customisationunlock new equipment, extra opponents and customised clothing

• a host of single player content; 30 fights with more than 20 opponents in different arenas around the world

• real-time deformation engine; see the effects of every punch

• support for a wide range of controllers

• progress from rookie to pro with training and constant upgrades

Fishing comes live with real fishing ace pro! with 9 vivid environments, tons of collectibles and over dozens of unique species of fishes to hunt for makes it the best (free) hunting game in the app store.tactfully press and release the line to hook a fish

However, the real challenge begins with reeling

Be cautious and avoid crossing the line so as to not lose the... Read More [+]

These soundtracks are clear, crisp, lifelike and recorded from real fox

Connect the app to your speaker and amplifier system to pull in foxes.features: - 7 fox hunting soundtracks - effective, realistic and clear... Read More [+]

Play the most enjoyable ios racing game! traffic racer 3d is a free racing game.you can drive lots of cars in traffic.how to play:- tilt your cell phone to steer left or right- touch the screen to accelerate the speed...

So try to lure your opponents to a side with a short ball than swipe hard to take a shot to an opposite side.play tennis against three different ai opponents.features:-based on the realistic 3d physics system-amazing swipe & flick... Read More [+]

Fishing comes live with pro fishing! with 6 vivid environments, tons of collectibles and over dozens of unique species of fishes to hunt for makes it the best (free) hunting game in the app store.tactfully press and release the line to hook a fish

However, the real challenge begins with reeling

Real sniper shoot 2 - city hunter is a first-person 3d sniper shooting game.game operation:start the game, click on the map icon and select the level, click the play button to start the game

On the right side of the screen provides switch weapons fire button, button and grenades... Read More [+]